purpurina: A cheap, open-source and collaborative device for light-painting photography

Purpurina ("Glitter" in Portuguese) is an open-source device for light-painting photography. It can be used to create beautiful and surreal images, using the light as a paintbrush over the photographed scenario.

Using Purpurina, the photographer is not limited to drawing lit curves. He can also use computer-generated images. Purpurina will print these images over the scenario, like "light stamps" 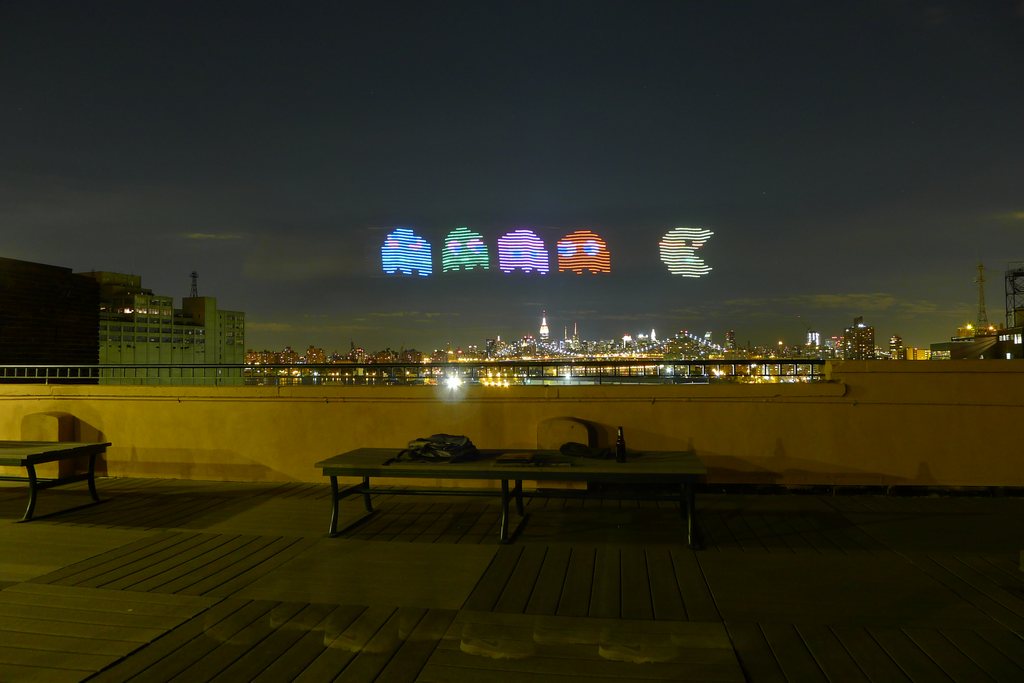 Purpurina is a modular device. Each module provides 16 colored pixels and is fully independent. You can use a single module to get 16 pixel images, or join up to 32 modules, to create huge images with 512 colores pixels! It's a collaborative device. You and your friends can have your own modules and you can join them together to get large images.

Purpurina is an open-source project, created for an art exposition during Hacker Overnight event on Garoa Hacker Clube, São Paulo, Brazil. As importing RGB strips and other components are really expensive in Brazil, we decided to create our own, cheap and easy-to-build device. It's also based on Arduino, which holds the image. An Arduino Uno can hold an image with up to 48000 pixels (Aprox. 160x300).

This is an example of a home-made module:

Check our Automated-code generator for Purpurina, which gets your image and generates the Arduino code that prints the image on Purpurina

Our open-source software and hardware schematics are here

Note: Yeah, I know that soldering almost 200 points per board is not the coolest task. And there's similar and simpler devices around there, like the Mechatronic Guy's LightSynthe, but we wanted a device people could easily replicate. And it's not easy to find independent-controlled led strips in Brazil, nowadays. And, after all, we also get a lot of material for our hackerspace soldering workshops :-)